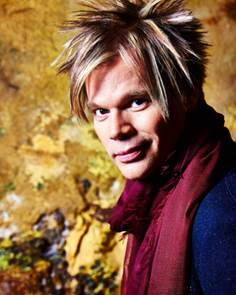 Culbertson to capture the moment in concert

The energetic keyboardist will record his first live album, releases the meditative “Breathe”

Los Angeles, California (3 September 2014): Contemporary jazz luminary Brian Culbertson continues to commemorate his 20th anniversary as a recording artist in a prolific way with two vastly different projects: his first live album, which will be recorded during a four-night stand (September 11-14) at Yoshi’s Oakland, and the release of a 31-minute solo piano piece entitled “Breathe,” created as therapeutic accompaniment for relaxation, massage, yoga and meditation.

Last February, Culbertson kicked off the celebration with the release of “Another Long Night Out,” an outing on which the hitmaker was joined by an all-star ensemble on a revamped version of his 20 year-old debut disc, “Long Night Out.” The first release on his new BCM Entertainment label became his sixth session to debut at No.1 on the Billboard Contemporary Jazz Albums chart and spawned “Fullerton Ave.,” his 27th No. 1 single as an artist, producer and songwriter. Backed by his six-piece band, he then launched the “Brian Culbertson Live: 20th Anniversary Tour,” which will be preserved for posterity when all eight shows at Yoshi’s are recorded with the best moments culled for the live collection. The set list will be comprised of fan favorites from Culbertson’s chart-topping catalogue consisting of 14 studio albums plus one new track that he wrote with long-time writing partner guitarist Sheldon Reynolds.

“I really wanted to capture this moment in time because it is such a milestone,” said Culbertson about the live album slated for release on his next birthday, January 12, 2015. Tickets for the Yoshi’s engagement are expected to sell out and anyone who preorders the album at the show will have their name included in the album’s liner notes.

A lifestyle curator who founded and serves as artistic director of the annual wine and jazz festival the Napa Valley Jazz Getaway, Culbertson explores an entirely new dimension of his creative muse on “Breathe,” his first foray into music for healing, contemplation and the spa & massage market. Recorded at 60 beats per minute – the tempo that stimulates relaxation and lulls the mind into the alpha state – he simply sat down at the piano and started to play.

“Believe it or not, I didn’t write anything in advance. It was completely improvised with nothing preconceived. If you listen closely, you’ll hear certain phrases that keep coming back, but that happened organically and there is no melody. It is floating themes and meandering motifs. That was on purpose, too. If it’s too ‘interesting’ then it provokes thought. This music is to calm thought waves to induce relaxation and healing,” explained Culbertson about “Breathe,” which is now available on iTunes and through www.BrianCulbertson.com.