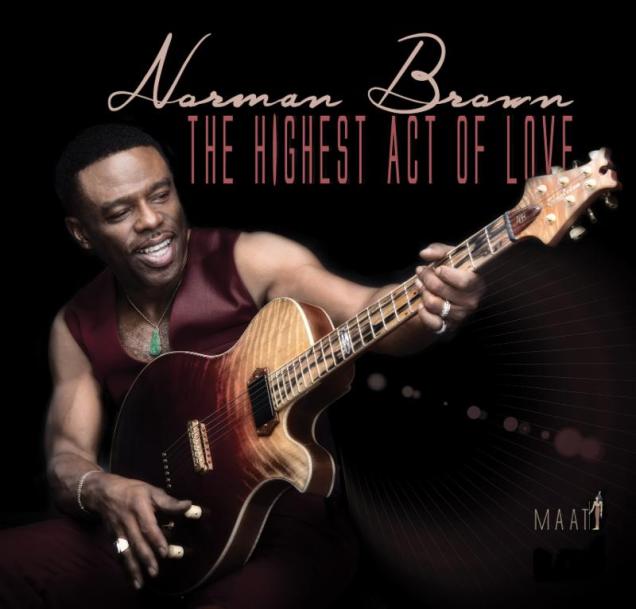 Norman Brown “had to dig deep” when creating his upcoming album “The Highest Act of Love,” which will be released on February 22, 2019. He is ready to share this project and says, “I’m so excited about this record.” It took Norman two albums’ worth of music to create this very special one. He describes this record as a “framework for thinking and reasoning about life.”  When beginning the project, Norman visited his archived music and started from there. The first song he pulled was a demo of Deniece Williams’ hit “Free.” Ironically, it didn’t make the first round of songs selected for the album, but it definitely made the final cut. The collaboration with Deniece on her song was very special because when she heard it, she was elated, saying it was “incredible.” Norman also collaborated with Paul Brown on the first song on the album, appropriately titled “Inside The Garden of Peace and Love.” That’s where the journey for the listener begins. Kim Waters and Chris “Big Dog” Davis collaborated with Norman on the album, as well.

Listen to my in-depth and enlightening conversation with Norman:

One thought on “NORMAN BROWN SHARES “THE HIGHEST ACT OF LOVE””

A little mixed up