With every season, there is change. For Jonathan Butler, that change was embraced, and a body of work was subsequently created. “Living My Dream” was born out of a time of transition for Butler while he held on to his faith in God to see him through trying times. At this appointed time in his life, he is well rounded and very seasoned. He is enjoying making life changes, new hobbies, and new passions. Jonathan wholeheartedly knows that this is divinely the right time and right season for him as a man, husband, father, grandfather, and artist. He says his inspiration for making “Living My Dream” is his daughter, Jodie. Jodie–an artist in her own right–collaborated with her father on the romantic and healthily risqué “Night To Remember.” Additionally, he also shares collaborations with Marcus Miller, Elan Trotman, Davy Nathan, and the late George Duke. This album is all about Butler’s identity and storytelling that crosses multiple genres of music and is easily identifiable. The first radio single and first song on the album, “African Breeze,” is one that was written many years ago, and he felt it was time to retrieve it out of the archives. When I spoke with Jonathan, like always, it was like talking to an old friend. He makes such an indelible impression and is always honest. He wants everyone to know that he is a real man with real issues and not just an artist to be admired. That is what “Living My Dream” expresses to the world. Sitting at #1 on iTunes and on Billboard, Butler says, “I’m a granddad who’s kicking butt, taking no prisoners, and “Living My Dream.” I love it!

Jonathan speaks from the heart and very candidly with me: 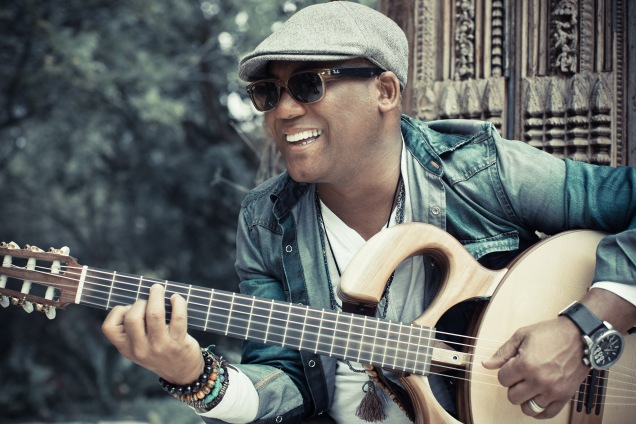