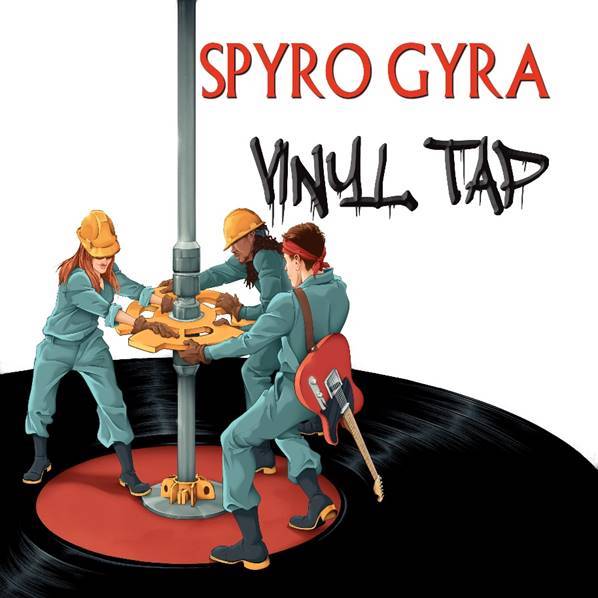 NEW YORK CITY (18 September 2019): Free of the tension of having to write great songs, the five members of Spyro Gyra were laughing and having fun in the recording studio. Creativity flowed as the venerable contemporary jazz band revisited the songs that inspired them from their youth when they were listening to music on vinyl. That artistic fount was spun into “Vinyl Tap,” Spyro Gyra’s first album in six years, which drops October 11 on the Amherst Records label.

“It was tensionless as we ‘warped’ the tunes. We had a world of brilliant music to choose from and we didn’t have to worry about writing brilliant music. It was a really fun project to make,” said saxophonist Jay Beckenstein, who will lead Spyro Gyra on tour to support “Vinyl Tap” with a string of US concert dates beginning November 15 in Newark, NJ after a three-week international trek that begins at the Cancun Jazz Festival on October 23.

When Spyro Gyra manager Phil Brennan proposed the album’s concept a few years ago to bandleader Beckenstein for their 31st album, he knew that it might take some convincing, so he came prepared with an intriguing concept. Brennan suggested that the band use their arrangement talents to transform the originals into something brand new. The challenge appealed to Beckenstein, who soon overcame any misgivings.

“It’s cliché (to record covers) in saxophone-based contemporary jazz. We did not want to sound like a fantastic wedding band. I was really afraid that if we didn’t do our own thing, that our identity would be lost. It was imperative in the creative process – and everybody (in the band) knew this in a big way – that things had to be mixed up. Things had to be jolted out of the old way of approaching the songs. We really tried to come up with a new take on whatever (song) we were doing. We put solos into tunes that really are complete extensions that never had anything to do with the originals,” said Beckenstein.

What initially stands out on “Vinyl Tap,” which was produced by Spyro Gyra, are the wildly imaginative arrangements. Beckenstein said, “The arrangements were put together with everyone in my basement with all the equipment set up. We were all together in the pre-studio arrangement process. It was all done democratically. Spyro Gyra is a musician’s group collective. When you have five talented guys, you can do some cool arranging things.”

Spyro Gyra are Beckenstein, Tom Schuman (keyboards), Julio Fernandez (guitars), Scott Ambush (bass) and Lionel Cordew (drums). The musicians have somewhat of a wide range of ages, which explains some of the diversity of the material recorded for “Vinyl Tap.” Beckenstein selected the album opener, “Secret Agent Mash,” a supercharged and ultrahip mashup of “Secret Agent Man” and “Alfie’s Theme.” “Sunshine Of Your Love” is virtually unrecognizable in its new form as a Latin big band number. The first cut going for playlist adds on September 23 is the plaintive “Can’t Find My Way Home,” which takes on a bit of a western feel and benefits from the soulful perspective of Beckenstein’s saxophone protagonist. “What A Fool Believes” is slowed to become a contemplative power ballad that breaks into a mid-song swing cadence.

“I spent a lot of time listening to radio – classic rock radio – looking for material that had fantastic melodies. If there was a beautiful, arching melody, like ‘What A Fool Believes,’ it would definitely translate to my saxophone ‘voice,’” said Beckenstein.

Adding chromatic and bass harmonicas by Gary Schreiner, “The Cisco Kid” vacillates in time and tempo, letting the band members stretch out into improvisational banter. Exemplative of Spyro Gyra’s ethos, each band member shares the spotlight equitably, adding sweetness and redolent depth to “You’ve Got To Hide Your Love Away.” “Tempted” always oozed soul, but the band’s reading is deliberate, adding romance and underscoring the sweeping chorus. “Stolen Moments” is another that essentially becomes an “original” composition in Spyro Gyra’s inventive hands after the piece was reconstructed using entirely new, deft and complex rhythms. The set closes with an exhilarating romp cascading through a groovy expanse on “Carry On.”

“This is the first record we’ve done where we have allowed ourselves to do other people’s material full throttle,” said Beckenstein. “That is not to say in any way that we tried to copy what other people did, but it was really great to reach outside of our writing capabilities for inspiration for us to take off on. And that’s what this album is about.”

“Sunshine Of Your Love”

“What A Fool Believes”

“You’ve Got To Hide Your Love Away” 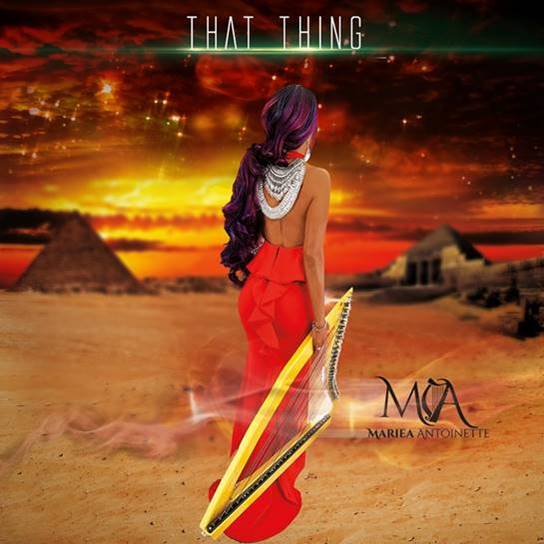 SAN DIEGO (29 August 2019): Strip away Lauryn Hill’s scathing admonition to men and women on her 1998 hit, “Doo Wop (That Thing),” and you are left with an innovative rhythmic track that astutely balances jagged hip hop edginess and a melodic R&B soul. It’s an unlikely composition for a classical harpist, which makes it Mariea Antoinette’s sweet spot. She has made it her mission to tackle unexpected funk, rhythm and blues, and pop songs, creating new possibilities for her instrument by presenting them with harp as the protagonist. Teaming with producer and arranger Allan Phillips, Antoinette’s reimagined “That Thing” goes for playlist adds on September 23.

“I chose the track for its funky, innovative rhythm and the beats are very cool. It’s a perfect song for harp that people are not expecting. Lauryn Hill is a music pioneer and a leading voice for women and for her style, ingenuity and edginess. The stories she tells through her music and lyrics are fresh and unique. ‘That Thing’ schools both women and men on motivations, keeping your eyes open and being wise in relationships. Everyone loved it when we played it live in San Diego,” said Antoinette.

“That Thing” offers an alluring glimpse into Antoinette’s forthcoming album, “All My Strings.” She and Phillips are busy tracking material for her third album that is slated to drop January 31, 2020 on the Infinity Productions/MAH Productions label. Antoinette’s last outing, “Straight from the Harp,” went top five at Billboard when it was released in 2015. The San Diego-based musician has been balancing her solo career with being a member of the all-star female ensemble Jazz in Pink since 2007. In June, she made her Playboy Jazz Festival debut at The Hollywood Bowl playing with Jazz in Pink, with whom she has performed at several prominent festivals this year, including Seabreeze Jazz Festival, Capital Jazz Cruise and the upcoming Barbados Jazz Excursion and Cancun Jazz Festival. The award-winning harpist collected three statues last year for Instrumentalist of Year (San Diego Prestige Awards), Best Jazz Single for “Overture” (Black Women in Jazz & The Arts Association), and a BMA Image Award from the Black Music Awards. Her high-profile performances include playing for President Barak Obama and First Lady Michelle Obama, with Ne-Yo at the BET Awards, at Vanity Fair’s Grammy party with Jamie Foxx and on American Idol. For more information, please visit https://www.marieaantoinette.com.