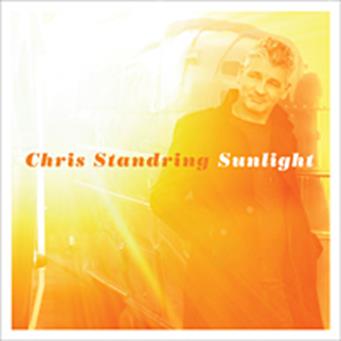 The March 23 album release, featuring appearances by Bob James and Mica Paris, will be preceded by the rousing radio single, “Love Street.”

STUDIO CITY (18 January 2018): Much like a prism refracts light into a colorful spectrum, guitarist Chris Standring’s “Sunlight” reflects rays of multihued jazz into a vibrant sonic palette of joy and positivity. The Los Angeles-based, native Brit will drop his twelfth album on March 23 on the Ultimate Vibe Recordings label, marking the twentieth anniversary since the release of his debut disc (“Velvet”). Paving the way for the new collection penned and produced by Standring is the jaunty “Love Street,” set to cast an alluring spell as the first radio single.

Diverse strains of jazz reign on “Sunlight” with Standring’s clean electric jazz guitar shining brightly throughout the ten tracker plus a reprise that closes the session. The prevailing sounds and engaging textures create warm, organic backdrops for his nimble fretwork forays that traverse lush rhythms and grooves. Wave after wave of Fender Rhodes keyboards and Hammond B3 organ wash over the taut beats serving as the rhythmic spine. Vintage elements offer a compelling contrast to the imaginative electronic nuances, deftly making the recordings feel retro, futuristic, experimental and visionary all at the same time while Standring’s cool-toned guitar slices through to the fore cranking out nifty licks, precision fills and impassioned melodic sojourns.

“For the first time, I feel a huge degree of comfort stylistically. ‘Sunlight’ seems to be a much more refined version of who I am. Musically, I can’t shake off who I am. It just is. It’s a fusion of my traditional be-bop background with infectious soul and funk grooves, and a sense of arranging and orchestration that comes very easily now. My influences are not from my contemporaries. They come from orchestral music, traditional jazz and European chill, lounge and progressive club music plus a good dose of R&B. It’s a weird mix, but I guess that’s what results in everything sounding like me when it all comes together,” said Standring who purposely infused the set with uplifting notes of hope and glee.

Perhaps a commentary on our times or just a thoughtful embrace of a longtime personal favorite, Standring reimagines Brian Wilson’s “God Only Knows” as a serene guitar meditation.

“The album is upbeat and joyful for the most part. Perhaps it is somewhat reactionary to these challenging times we are presently living through, but I am inherently a positive soul who tends to see the bright side of things, albeit with a touch of British cynicism. Sunlight represents positivity and joy to me, hence the title.”

Standring celebrated three No. 1 singles in 2017: his solo hit “Like This, Like That,” and duet collaborations with trumpeter Cindy Bradley (“Category A”) and two-time Grammy-winning producer-guitarist Paul Brown (“Piccadilly Circus”). The classically-trained guitarist’s ambitious catalogue of instrumental R&B, soul jazz and electronica includes his hit debut single, “Cool Shades”; the No. 1 Billboard Contemporary Jazz Track of the Year in 2010, “Bossa Blue”; and a 2014 Billboard No. 1 single, “Sneakin’ Out the Front Door.” Coming to the U.S. after a lengthy and prosperous run at the BBC and on London’s West End in theatrical orchestras, Standring was a session ace who recorded with Jody Watley and Bebe & Cece Winans among many others. He partnered with Lee to form the acid jazz outfit SolarSystem before touring extensively backing trumpeter Rick Braun. Standring issued “Velvet” soon after, launching his solo mission that continues to climb in trajectory and scope.

“Static In The Attic”

“Do Not Adjust Your Set”

“The Principle Of Pleasure”

“Static In The Attic (Reprise)” 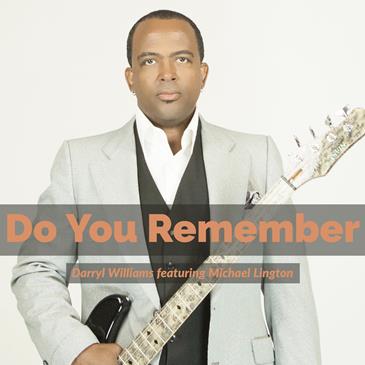 TEMECULA (11 January 2018): It took ten years for urban-jazz bass player Darryl Williams to write, record and release “Here to Stay,” his Billboard top 10 single and the title track to his second album. This week’s release of the follow-up single, “Do You Remember,” proves that he doesn’t plan to go away anytime soon. Plucking rubbery basslines on piccolo and electric basses on the slick jazz-funk energizer that he wrote and produced, Williams is joined on the dancefloor filler by chart-toppers Michael Lington (saxophone) and Adam Hawley (guitarist).

Williams’ return to center stage as a frontman with the “Here to Stay” set resulted in a 2017 Best New Artist nomination from the Smooth Jazz Network. The first-call bassman calls the collection that he produced with sax powerhouse Euge Groove “a labor of love,” featuring eight of his hand-penned originals along with a pair of remakes that have personal meaning to the San Diego native who currently resides in Temecula. A stellar list of his regular employers were quick to return the favor by making guest appearances on “Here to Stay,” including Groove, who ignites a pair of tunes including the title cut, two-time Grammy-winning guitarist and producer Paul Brown, jazz-funk keyboard pioneer Jeff Lorber, saxmen Marcus Anderson and Elan Trotman, and keyboardists Jonathan Fritzen, Greg Manning and Scott Wilkie. The disc’s lone vocal number, a faithful rendering of The Emotions’ “Don’t Ask My Neighbors,” is soul kissed by R&B crooner Ashling Cole. Williams remembers his late mentor, Carl Evans Jr., by revamping the former Fattburger leader’s sweetly redolent “The Doctor,” which is graced by Michael Paolo’s caressing soprano sax.

“While to some people, ‘labor of love’ is an overused cliché, it certainly applies to ‘Here to Stay.’ I began writing songs for the collection in 2007 before moving my family to Temecula from Las Vegas. The compositions were inspired by different experiences we went through in our journey throughout that period. It was an important and formative time in my career as well. That’s when I first started playing in Euge’s (Groove) band and did a tour with Jeff (Lorber) a couple years later. In between is when my very good friend and mentor Carl (Evans Jr.) passed, which was devastating. ‘Do You Remember’ was one of the last songs I wrote for the record and it was inspired by reflecting on how far I’ve come from growing up as a kid in Los Angeles and San Diego to playing in a funk band with my brother as a teenager. It took me ten years to finish this album and while it takes me back in time, the reaction from fans, radio and reviewers has me looking forward with excitement. I couldn’t be more proud of this album,” said Williams.

Williams was a teenager when he opened for R&B acts Lakeside and Al Green along with gospel legend Shirley Caesar. After studying jazz at San Diego State University, Williams went from regular gigs backing many of San Diego’s most prominent homegrown talent to the neon lights of the Las Vegas strip where he accompanied such nationally-renowned headliners as Clint Holmes, Angela Bofill, Tevin Campbell, Howard Hewett and Keith Washington, and did a road stint with Chaka Khan. After moving back to California in 2008, Williams dropped his debut album, “That Was Then,” garnering praise from JazzTimes and national airplay on SiriusXM. He has become a fixture on the smooth/contemporary jazz scene where he has shared the stage with the genre’s heavy hitters: Richard Elliot, Peter White, Gerald Albright, Mindi Abair, Brenda Russell, Darren Rahn, Jessy J, Everette Harp and Jeff Kashiwa. He has also recorded with Jackiem Joyner, Blake Aaron, Nils Jiptner, U-Nam and Kay-Ta Matsuno.