Jessy J sets out on a new journey–a journey of love and new beginnings–releasing her fifth album, “My One and Only One.” Jessy demonstrates a diverse variety of emotions and music. Again, she collaborated with friend and producer, Paul Brown. Together, their chemistry shines throughout the entire project. Jessy drew inspiration for “My One and Only One” from love and her travels to Cuba and South Africa. She also beautifully covers “Strawberry Letter 23” by Shuggie Otis and “You’re Makin’ Me High,” originally produced by Paul Brown for Babyface and Toni Braxton. Her first single, “Tango Boy,” is garnering rave reviews and lots of attention. Along with the single, Jessy released a video conveying the sexy, carefree expression of a man living life to the fullest.

She and I discuss how the album came to be: 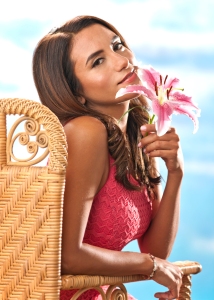