The Queen City JazzFest was an amazing treat for attendees this year. Once the announcement was made that Michael McDonald, Gerald Albright, Jonathan Butler, and Such would be performing, the stage was set. This year’s festival was hosted by Al B. Sure who serenaded the crowd with snippets of his hit songs. Such opened the show with a few of her songs and her single “Before Dark.” When Gerald and Jonathan hit the stage together, fans knew they were in for a special treat. The pair fueled the crowd with song after song, taking turns individually and together. The soulful, funky, uplifting performance left fans on their feet dancing and singing. At that point, everyone was ready for the highlight of the evening; Michael McDonald stepped on stage to a roaring crowd. As expected, Mr. McDonald did not disappoint. He sat at the piano accompanied by his incredible band and sang his heart out. Fans were taken on a journey through his expansive musical career; they sang along and swayed while holding onto his every word. It was such an amazing moment to witness a true legend sharing his gift. June 15, 2019 was a memorable night that attendees will be talking about for a while. 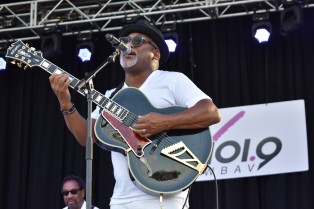 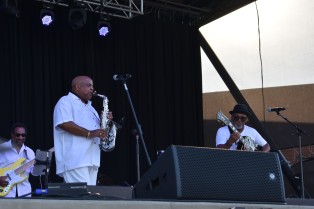