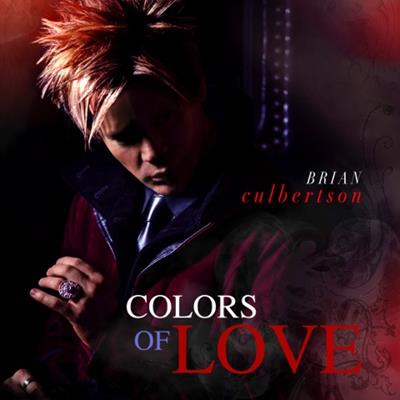 The jazz-R&B keyboardist drops his “Colors of Love” album on Valentine’s Day as preparations continue for a 50-city concert tour launching March 30.

LOS ANGELES (14 February 2018): Contemporary jazz-R&B funkster Brian Culbertson has had love on his mind essentially since last Valentine’s Day. Inspired by the occasion of his twentieth wedding anniversary last fall, the keyboardist began writing thirteen new songs about a year ago dedicated to his wife, Michelle, which make up his “Colors of Love” album that was released on Wednesday, Valentine’s Day, by BCM Entertainment. Substituting the live band instrumentation customary of his recordings, Culbertson crafted an intimate set of ardent acoustic piano melodies using sensual synth grooves and textures. With the title track of his eighteenth album that he wrote, arranged and produced already in the Billboard Top 5, his attention is fixed on creating the highly-theatrical production he’ll take on the road for nearly three months beginning March 30 across the bridge from Philadelphia in Collingswood, New Jersey and concluding in Seattle on June 17.

Culbertson showcases his proficiency as a multi-instrumentalist by playing virtually all the instruments heard on “Colors of Love” – piano, keyboards, Fender Rhodes, Wurlitzer, Hammond B3 organ, synth bass, drum programming, percussion and trumpet. The only supplementation came from guitarist Isaiah Sharkey along with an ethereal accordion passage from Peter White on the song “In A Dream.” Impassioned tracks like “I Want You,” “Love Transcended,” “Don’t Go,” “You’re Magic,” “Let’s Chill,” “Desire,” “In Your Embrace” and “The Look” employ caressing melodies and sultry rhythms to allure, soothe and seduce. Even more revealing and evocative is the ravishing piano poetry of “Through The Years,” “Michelle’s Theme” and “All My Heart,” poignant solo pieces that Culbertson uses effectively to tell wordless stories of romance and amorous contemplation.

As he lovingly conceived the cozy collection depicting the many different “colors” of romantic love, Culbertson envisioned mounting an elaborate concert presentation utilizing video and lighting to present the cherished material in an immersive multimedia experience.

“I’m in the midst of creating a stunning-looking show, working closely with my lighting director and visual designer. We’re using a Visualizer to play each track to design and run the lighting and videos as if it was a live show right there on our computer screens. It enables us to dial in every little nuance of the music so that each video and light is precisely timed to the music. The detail is really amazing. I am loving the process of creating the production for the tour,” said Culbertson, who will begin ten days of production rehearsals in Nashville with his band in mid-March.

Culbertson’s Colors of Love Tour has already announced 66 shows in 50 cities with more soon to be added to the itinerary. The nationwide trek includes a June 7 performance at Culbertson’s seventh annual Napa Valley Jazz Getaway, a five-day music, wine and lifestyle experience held in the heart of California Wine Country.

“The ‘Colors of Love’ show will be staged in three acts. The first and third acts will showcase the new album along with romance-themed selections from my catalogue. In fact, we’re going to be drawing heavily from my ‘It’s On Tonight’ album,” explained Culbertson. “We’re not planning to do any big horn section pieces during this tour like I’ve done in the past and did extensively during last year’s Funk! Tour, but the second act will be a slamming funk set guaranteed to get everyone up and dancing.”

“I asked Marqueal to bring his soprano sax for this tour. The sound fits the intimate ambience of the music we’re going to perform. It’s the first time in over a decade that I’ve used soprano sax in my live show,” said Culbertson, who describes the “Colors of Love” album as “textural ear candy cinematic in nature.”

As Culbertson shares his anniversary and Valentine’s Day gift to his wife with the world on record and during the upcoming tour, expect the architect of 30 Billboard No. 1 singles as an artist, producer and/or songwriter to add to that stat.

The jazz-R&B keyboardist will release the intimate “Colors of Love” single and album that will be supported by an extensive spring concert tour. A bonus track is available for Indiegogo supporters.

LOS ANGELES (7 November 2017): They met for the first time when they were music majors at DePaul University. Flash forward, Michelle and Brian Culbertson celebrated their twentieth wedding anniversary last month. With love, romance and his wife serving as his motivation, the soulful contemporary jazz hit-maker started writing material earlier this year inspired by the occasion, crafting thirteen new songs that will be released as “Colors of Love,” his eighteenth album, on Valentine’s Day on the BCM Entertainment label. The seduction begins early next month when the amorous title track, a sensual R&B groove illuminated by Culbertson’s lyrical acoustic piano melodies typical of the collection’s contents, ships to radio. A nearly three-month-long U.S. concert tour will bring “Colors of Love” to life in a vivid theatrical production with the itinerary being revealed December 1.

Culbertson is thriving creatively on this, his third independent album funded by an Indiegogo campaign (http://bit.ly/2wr3kt9), which closes this Thursday and offers unique opportunities and exclusive perks including a bonus track. Having spent the majority of his career on a major label, the freedom to follow his creative muse is readily apparent on “Colors of Love,” a complete contrast to last year’s “Funk!” set, which was a lively, full-band funk/R&B workout that features a number of vocal cuts. He describes “Colors of Love” as “purposely electronic, using very modern sounds and production” with his acoustic piano serving as the singular lead voice throughout the intimate date. The quiet and contemplative tracks are textured atmospherics and gentle R&B grooves – soothing beds for Culbertson’s melodic piano expressions of ardor.

Sharing the recording process via Facebook live, Culbertson polled his audience and they voted that “Colors of Love” be instrumental only. He took it a step further and for the first time in his career that to date has racked up 30 No. 1 Billboard singles as an artist, producer and/or songwriter, he refrained from using saxophone or guitar as lead instruments – only his poetic piano.

“The music on ‘Colors of Love’ explores all aspects of what love is. It’s a deep word that says a lot of things. There’s passionate love, love at first sight, longing love, lost love. Each color represents a different type of love. There are heart-wrenching songs, cuddly love – all kinds of different love songs,” said Culbertson, who played all of the instruments on the new record except for rhythm guitar (Isaiah Sharkey) and accordion (Peter White).

“I’ve been playing ‘Through the Years’ from the new album in my set since the Berks Jazz Fest last April. The response has been very emotional. Clearly this music touches a nerve – or the heart to be more exact.”

Culbertson is already at work on how he will present “Colors of Love” live during the U.S. concert trek that runs March 28 through June 17 with tickets going on sale December 8. He’s planning to incorporate a video element in a major way.

“It’s going to be a very theatrical presentation with video images and lighting timed to the music. This music is visual and cinematic thus the show needs to be visual to complement the experience. It’s going to be larger than life when you see it live.

A bonus track will be available exclusively for Indiegogo supporters.