The super trifecta otherwise known as Jazz Funk Soul started 2016 off with their latest album “More Serious Business.” The group is comprised of guitarist Chuck Loeb, saxophonist Everett Harp, and pianist Jeff Lorber. Each member distinctly represents artistry that is well-respected, and combined, they have sold millions of albums. Amidst working on “More Serious Business,” Loeb, Harp, and Lorber individually enjoyed successful solo projects. Jeff describes the chemistry between them as fun and challenging. As a cohesive unit, they respect one another’s talents and have found a way to harmoniously blend them. “More Serious Business” has ten original songs that keenly represent the varying yet similar styles of the trio. The lead single “You’ll Know When You Know”–written by Harp–is soulful and funky.

Jeff and I discuss the new project and snippets of his career:

As festival season and summer come to an end for 2015, I am taking in the best of the last. I always look forward to Labor Day weekend in High Point, NC where I attend the John Coltrane Blues and Jazz Festival. It is held at the beautiful Oak Hollow Park by the lake. Great music, legendary artists, and a spectacular sunset comprise the essence of this festival. This year, the festival was a two-day event. Opening day was an extra special treat for attendees; the Coltrane Youth Orchestra opened the festival, followed by The Bold Soul Revival, featuring singers Lauryn Mitchell, Annika Chambers, and Annie Mack. Then, the first of three legendary masters graced the stage: Earl Klugh. He was followed by Marcus Miller, and ending the night was David Sanborn. It wouldn’t have been a show if Miller hadn’t joined Sanborn on stage for a couple of songs. At the end of day one, my musical palette had been satisfied. The final day was opened by the Coltrane All-Stars, followed by Poncho Sanchez. Rounding out the final evening was Snarky Puppy, joined by Eric Gales and headliner, Lalah Hathaway. Another successful year for The John Coltrane Blues and Jazz Festival, benefiting music and local youth. 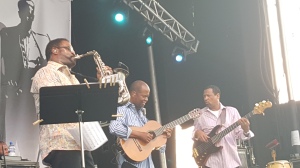 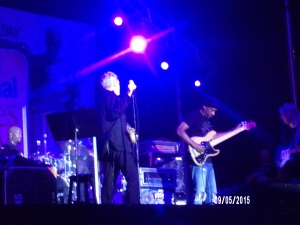 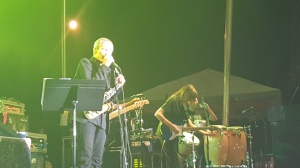 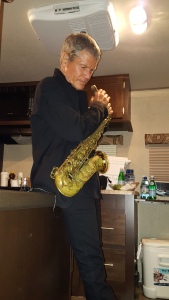 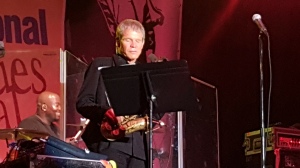 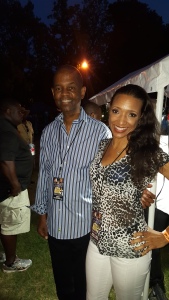 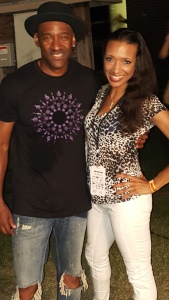 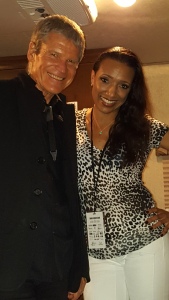