What a difference a year makes. I had the pleasure of sitting down with Matt Marshak while he was on tour last year and having a great conversation about music and a few other topics of interest. After his travels around the world, he strongly believes in the contemporary jazz genre and recognizes that fans from all demographics are always supportive. He, like some other artists, believes there is a new generation of jazz artists that are stirring the pot and creating what has yet to be seen. Matt is very excited about his 8th album titled “Lifestyle.” He’s a fan of the golden era of instrumental music and wanted to mirror that type of recording process. Marshak wanted to create music that was “timeless, intangibly honest, and that captured musical elements of live recording.” His inspiration was the appeal of the production process and the improvisation that allowed the flow of music to be natural. “Lifestyle,” the title track, opens the album up, immediately engaging the listener with its beautiful chord changes. The effortless flow of the songs on the album tell a believable story to the listener. Matt was fortunate to work with the very talented Gerald Veasley, Benjie Porecki, and drummer Carl Anderson on this album. In true Matt fashion, he delivers a soothing ballad at the end the album titled “I’ve Been Down.” In the words of Matt, “This is my vision. This is my belief. This is my musical “Lifestyle.”

Matt and I enjoy catching up and talking about the evolution of “Lifestyle”:

Najee once again very poignantly delivers a collection of songs that we can all connect with on his latest album, “The Morning After.” It encompasses stories of love and journeys well traveled, and it debuted #1 Contemporary Jazz album on the Billboard charts. With a career that spans over several years, Najee continues to captivate audiences without fail. Over the years, he has collaborated with everyone from George Duke to Jeff Lorber to Phil Perry. Najee has the ability to create songs that everyone loves and that reach across multiple genres. As is displayed with the release of the single titled “In The Mood To Take It Slow,” featuring his long time friend Meli’sa Morgan, he does this by making music that is accessible and relevant. She was the perfect person for this sensual slow groove. Smooth Jazz radio stations as well as R & B stations have been giving the single a lot of airplay, and fans are starting to request it more. Najee will be on tour throughout the upcoming year, promoting “The Morning After” and continuing to share his new music.

Najee and I discuss it all via Skype. 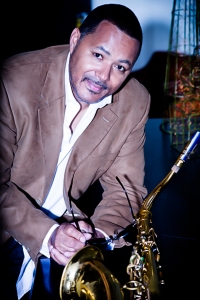 Marqueal Jordan is a double threat in the world of music. The extraordinary musician is a gifted saxophone player and an amazing vocalist. He’s thankful for his vocal talent and has mastered how to use it. However, it’s the saxophone that compels him to push beyond the boundaries. Marqueal has been on the music scene for a long time. Early on, he showcased his talents with the funk unit “Fat Time.” Along the way, he had several opportunities to weave his way through genres such as R & B, Blues, and Jazz. Fortunately for him, in the long run, those experiences would have served him immensely. When he was asked by Brian Culbertson to join his band and go on tour with him, he did not hesitate. This was the moment for which he’d been preparing for many years. Since that time, Marqueal has collaborated with some of the very best artists in multiple genres of music. His skills and talents make him the perfect asset. Although he has spent much of his career as a sideman, Marqueal recently decided to step into the spotlight and embark upon a solo career. That decision has proven to be the right move for Jordan. His debut album is titled “Catalyst” and is full of songs that Marqueal says are “the best representation of himself.” His quest was to create a project that was a cross between Grover Washington and Maxwell. Ultimately, his work with friends and fellow musicians Brian Culbertson, DJ INC, Chris “Big Dog” Davis, and Frank McComb has led to this body of music that is nothing short of incredible. All of his hard work paved the way for such a time as this.

Marqueal and I had a great time talking about “Catalyst.”

She’s talented, confident, humble, and has a great sense of humor. As a child, she was intrigued by the photo on a Grover Washington, Jr. cassette tape. That fascination with the sax led Jeanette Harris to become a saxophone player. She has an undeniable sound that’s uniquely her own and shares reflections of herself in each song. On stage and off, Jeanette is dedicated to being the best at what she does. From exhilarating performances to incredible song writing, she has enhanced the world of Smooth Jazz. Her cd “Summer Rain” offers something for everyone. From the teasing “Take Me There” or up-tempo “The Ride,” to the Latin glazed “Muy Caliente,” you can feel the positive vibe she delivers. 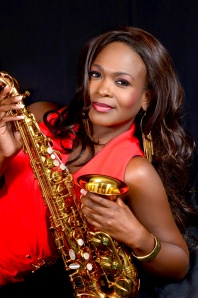