While growing up in England, Peter White learned to play many instruments including the piano. He realized after watching The Beattles, Jimi Hendrix, and Eric Clapton on a black and white TV, that he wanted to emulate them. He learned to play on an acoustic guitar. Soon after, he purchased an electric guitar. After an infamous incident that sent his electric guitar into flames, he elected to go back to the acoustic guitar. Fortunately for Peter, that accident turned into a blessing.

After many years playing as a backup musician, Peter realized that he wanted “his” music to be heard. Thus, he launched a solo career. He calls collaborating with other artists such as Boney James, and David Sanborn just to name a couple, a “joy” and a “blessing.” His latest CD is titled “Here We Go,” on which he once again worked with some “high-profile” musicians.

Peter has gone into his personal treasure chest of unreleased songs, updated them, and is creating new music. He is looking forward to playing in Charlotte, NC at the Uptown Jazz Fest in June. He welcomes fans comment’s and email’s, and is excited about meeting them. 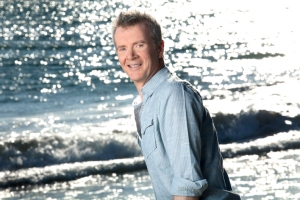 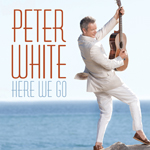