Steve Cole’s latest album “TURN IT UP” has lived up to its name since it was released on July 15, 2016. His first single “Mirage” is already setting the tone for the album. It was the No. 1 most added on the Billboard BDS chart. Steve once again collaborated with David Mann who produced this project to create a collection of soulful tunes. His approach to making “TURN IT UP” was clever and genius. Steve decided to travel to a few different cities, recording with his musical colleagues to embrace the energy and differences of each one. The result was astounding and can be heard in every song on “TURN IT UP.” The title song was arranged by pianist Nicholas Cole who, coincidentally, arranged the title song to Steve’s last album, “Pulse.” Also joining Steve was James Lloyd on the song “Bright Side.” Steve is excited about touring and bringing “TURN IT UP” to life for his fans. He assures that the music comes to life when played live.

Steve and I talk about “TURN IT UP”: 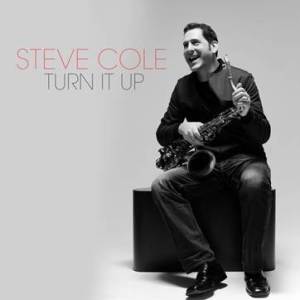