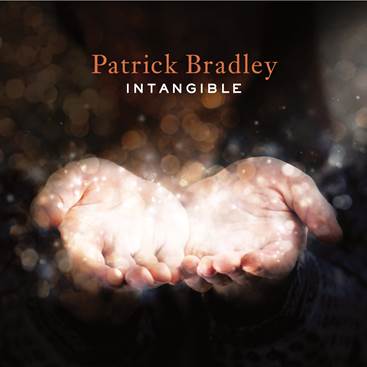 ALISO VIEJO (31 July 2017): The spiritually-minded jazz fusion keyboardist Patrick Bradley doesn’t need a special occasion like marking his tenth anniversary as a recording artist to acknowledge his inspirations both tangible and divine. However, “Dear Friend,” the first single from his forthcoming fourth album, “Intangible,” due August 25, does just that, slated to arrive ten years after the release of his first solo set. Written with the album’s producer, Jeff Lorber, “Dear Friend” pays respectful homage to the seminal musicians who influence and inform Bradley’s contemporary jazz, rock, fusion and R&B mashups released on the Patrick’s Song Factory label.

“My intent was to honor the influence and significant impact that late musicians have on me musically such as keyboardist giants Keith Emerson, Richard Wright, George Duke, Joe Sample and Jon Lord. Bass players Chris Squire and Jaco Pastorius and guitarist Alan Holdsworth have a major influence on my approach to arrangements and melodies. Their influences are woven throughout my musical experiences, abilities and styles,” said Bradley, who wrote and arranged the ten songs that comprise “Intangible” with Lorber. “The tune also celebrates friendship of all kinds – whether it is the intimate friendship between a spouse or lover, a trusted best friend, a mentor, your family pet or the friendship expressed through songs of faith.”

Intangible” is the third outing for Bradley and Lorber, the latter of whom is a keyboardist widely recognized as one of the forefathers of jazz fusion, thus an element of mentorship is evident in their ongoing creative friendship. “Jeff and I work very well together. Coming into the studio, I had about 18 songs to work with for this project and we selected ten. Collaborating with Jeff always draws out new dimensions and makes me dig deeper.”

One of the dimensions that Bradley developed under the tutelage of Lorber was to cultivate the ability and the confidence to communicate as a trilingual keyboardist: piano, Hammond B3 organ and Moog synthesizer. Bradley’s nimble finger work dispenses harmonies in equal measures of power and grace, poignant and propulsive, riveting and rousing, and cerebral and accessible. His multi-voiced keyboard approach makes an individual track seem as if it is helmed by more than one protagonist with each unique keyboard instrument providing a different perspective on the melodies. In addition to the heavy usage of the Hammond B3 along with frequent spacy Moog forays, Bradley’s distinctive brand also consists of deep-pocketed grooves constructed by live instrumentation from a core unit of prominent musicians – guitarists Adam Hawley and Michael Thompson, bassist Jimmy Haslip, drummer Gary Novak and Lorber on synth bass, guitar and additional keyboards. A handful of cuts are bolstered by the brawn and bravura of David Mann’s horns. Paul Jackson Jr. cranks out a gale force of electric guitar riffs on “Tail Wind” while Andrew Carney’s trumpet thrives animatedly while exploring “Newport Coast.”

There is another essential element to Bradley’s recordings that have been present ever since he issued his debut album, “Come Rain or Shine,” a decade ago. “Music and creativity and whatever talents we each have are a gift from God. Love, faith, hope and even music are all intangible, hence the new album title. Much of our universe is intangible yet we spend the majority of our time seeking the physical and temporal things. I always want to encourage people to look beyond the physical universe and turn our hearts towards God,” said the Southern California native who balances his creative output with a corporate profile by serving as president of the Southern Pacific Region at Whole Foods Market.

Bradley’s singles regularly hit the Billboard chart, but he was especially encouraged by the success and growing support he received for his previous album, 2014’s “Can You Hear Me.” “It gave me a new drive to write, play and collaborate with a newfound zeal and energy, revealing where I am at musically at this time. All music has a piece of the artist within their songs. I find with each new project, I feel the need and responsibility to dig deeper and in a sense, be truer to the musician I am and inspire to be.”