When thinking of a violinist, most probably wouldn’t envision Daniel D. However, this contemporary violinist is determined to show the world that he’s not to be put in a box. He is a gifted young musician who fell in love with the violin at an early age. Although this was not his plan originally, he’s grateful for the opportunity to share his love for music and the violin. Daniel has already garnished a long list of accolades and has performed for some pretty incredible people, including Michael Jackson. His cross genre ability makes him even more appealing to his fans. It doesn’t matter if he’s in front of a large crowd or a small one; his energetic performances leave his audiences spellbound. Adding to his performances on stage is his incredibly talented band, “Urban Instrumentalist.” They too are eclectic and extremely talented. It wasn’t that long ago when Daniel released his debut album “Play For Me” in 2009. Three albums later, his latest project, “SonRise,” is inspirational and captivating audiences all around.

In our interview, he shares his passion. 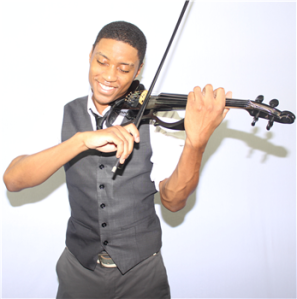 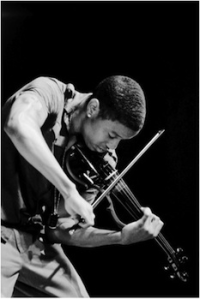 Sitting in the studio with John Dillard, I realized the magnitude of his talent. He’s smart, creative, original, and constantly evolving. His peers revere him as “an asset”, and “one of the funkiest.” John is humbled by those accolades, and works hard to exceed what’s expected of him. Having been influenced by great artists like Jaco Pastorius, and Marcus Miller, John knows how to infuse multiple styles of playing into his own. He contributes to the local music scene in Charlotte, NC, and was fortunate enough to work on the 2012 pilot track for the Golden Globe Award Winning show Homeland. While collaborating with other artists on various projects, and being the musical director for Stephanie Mills, he’s also stepped into his own spotlight. John is working on his solo project “Let’s Ride” that is scheduled to be released later this year.

My live video interview with John.

June 21st at the Time Warner Cable Uptown Ampitheatre the line-up for a night a smooth jazz was stellar. The sky was blue and sun was bright. Local group 5th and York kicked the show off. Peter White and Euge Groove took to the stage and grooved us into the sunset. Peter played a couple of his songs as Euge grooved with him. Then the “House of Groove”, Euge that is, played his saxophone and drew the crowd in with hand clapping high energy. Peter and Euge complimented one another extremely well. Their chemistry was outstanding. They sent the crowd into a “chillaxin” mood perfectly indicative of the sun setting overhead. Night fell, darkness filled the sky, and the Charlotte sky line was beautifully lit up as Brian Culbertson graced the stage. He did so in classic Brian Culbertson style. He jammed with his new band from start to finish. His incredible vocalists Selina Albright and Jason Morales showed off their skills with duet’s and solo’s. WHEW!! The sound coming form the speakers kept the energy high and the crowd grooving. He slowed us down with “It’s On Tonight.” Then the unexpected as well as my favorite moment of the night happened. He took us down memory lane in Brian style and performed “Secret Garden.” It was for me the highlight of his show. He took his time and played his keyboard with pure passion.

June 22nd, night 2 under the sun, the moon, and the stars was jumpstarted by Gregg Karukas. He started the show off nice and easy. He opened with “Wild Wood” from his latest CD. Vincent Ingala joined him on stage and accompanied him on a few songs. Gregg’s working on his 12th CD. He played a few of the songs and asked the crowd to help him come up with a title. Guests were able to write down their suggestions and give them to him during the meet and greet session. That was pretty cool. Marion Meadows, Paul Taylor, and Vincent Ingala came to the stage playing 3 saxophones and heated things up a bit. They each shared music from their individual projects, and of course they jammed as a trio. Joe McBride wooed the crowd with his amazing vocals while playing the keyboard. During which, Vincent put his saxophone down and picked up a guitar and started playing. The entire band was electrifying and energizing. Ending the evening for us was Norman Brown, Kirk Whalum, and Rick Braun aka as BWB. What a combination they are. They grooved, they sang, and engaged the crowd from start to finish. Each artist played individually taking us down memory lane with some of their songs. When they began to play songs from their new release “Human Nature”, all everyone could do is sing along. That was quite amazing being that it was a couple of days away from the 4 year anniversary of Michael Jackson’s death. What a beautiful tribute to an unforgettable legend. Grammy Award Winner Norman Brown talks to me about his love for music and the guitar. From those who inspired him, to his huge decision to move to LA after High School to pursue his dream, Norman reveals how it all came together. He quickly established himself as one of the best guitar players. From his debut album in 1992 “Just Between Us” to his collaboration with Gerald Albright in 2012 “24/7”, Brown has continuously given us great music. He shows off his vocal skills on his project “West Coast Coolin”, and then again on his R&B hit “Stay With Me.” Finally, Norman can add Broadcaster to the list of his accomplishments. He once hosted his own weekend radio show on the Smooth Jazz Network.

In his own words. 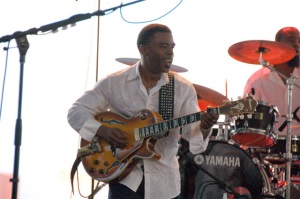 There’s nothing better than acquiring more knowledge. Having said that, Rob Bacon shared a music “GEM” with me today. I have to share it with you. We all love Stevie Wonder and can more than likely sing along with most of his songs. Well, take a moment and listen to “All I Do.” Pay close attention to the back ground vocals. Guess who???  It’s a young Michael Jackson. You’ll never hear it the same way again. Shout out Rob for spreading your knowledge with me.